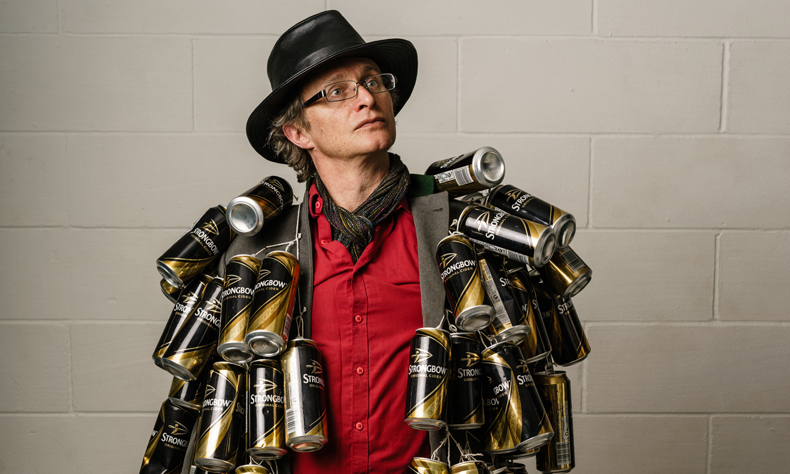 Simon Munnery is often considered one of the most inventive and intelligent comedians of his generation. His character comedy has appeared on TV and radio, but he’s perhaps best-known for his live shows – an unpredictable mixture of original insights delivered through stand-up, poetry, solo sketch performance, visual art, songs and more.

Simon is so unassuming in person that it would be easy to overlook just how hugely influential he has been on contemporary comedy writers, artists and performers over the last few decades. We reminisce about his work in the 90s, discuss audiences, making and fixing things, raising teenagers, and the influence of avant garde art movements – among other things.

Hope you enjoy this one. If you do, please give the show a quick rating on iTunes or just tell a friend about it. These shows take up to two full days each to make, and iTunes ratings help increase our chances of getting regular sponsors which means we can keep making them after our 50 episode target.

Hack Circus goes up every Monday and Thursday, and you can peek behind the curtain by following us on Facebook (hackcircuspodcast), Instagram (hackcircus), Twitter (hackcircus) and Snapchat. It’s also a magazine.